We had been gone for less than a month, but we knew that a lot of progress had been made in our absence. Even so, we resisted the urge to go straight to the house on the way back from Dun Laoghaire on Saturday. We met Theresa Curtin briefly in the evening, and she said we wouldn’t recognise the place. 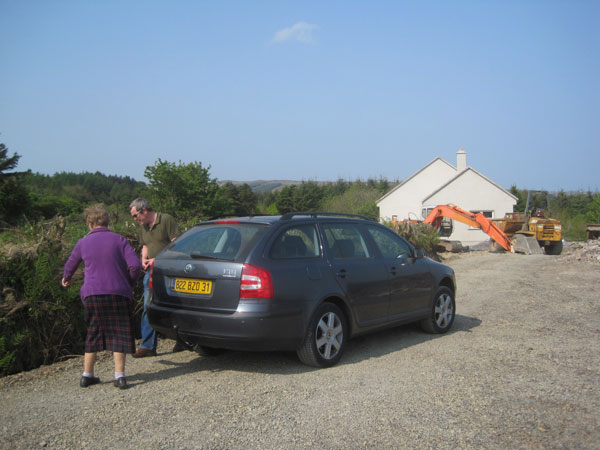 Sunday morning was sunny and warm, and we took Bridie Kenneally with us when we went to have a look for ourselves. Theresa wasn’t wrong.

The first thing we noticed was the road. When we left at the beginning of the month, it was all but impassable to motor traffic. The rock breaker had been there for 3 or 4 days, working firstly on the trench for the water supply and then on the site for the septic tank. The important thing, Pat told us, was to bury the water pipe deep enough to stop it freezing during the winter. The easiest 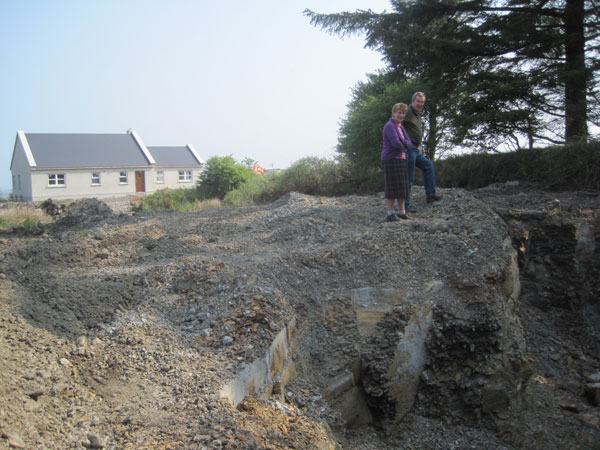 way to do this was to build up the level of the road with stone from the trench and from the hole dug for the septic tank in the hagart. We always wondered how easy it was going to be to bury the septic tank, now here we were standing on the edge of a small quarry! The road took nothing more sophisticated than a few truck loads of stone and a few passes with the digger to level it. 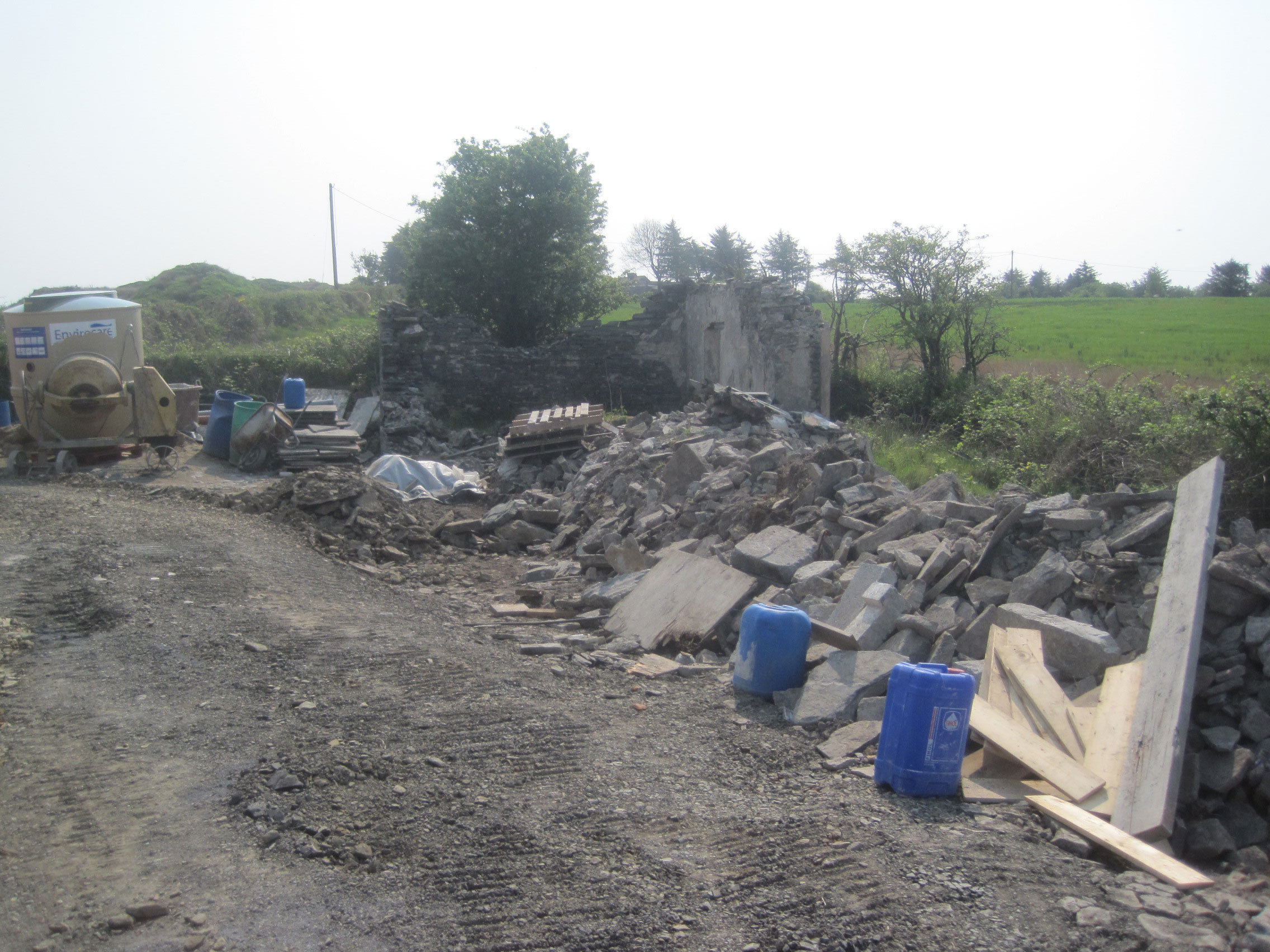 The house looks pretty in the background, doesn’t it. Sadly, there is little now left of the original house and what there is will soon be gone too. Levelled to make room for a new garage. Such is progress.

The paths around the house were also nearly up to their proper height. No more need to negotiate an 18” step up to the front door. And, inside, the stonework on the chimney breast was

done. It had been, as regular readers will know, a particular goal of ours to reuse some of the stone from the old house to try and recreate a traditional or rustic feel in the new one. Our brief to the stonemason probably wasn’t very helpful, “we want it to look traditional, not too perfect, but not to rough either …” We think he got the look just about perfect, with the addition of a thin slab of flag for a mantlepiece and a couple of flat stones creating supports for candles or ornaments. In particular, we like the variety of colour in the stone … and the fact that some still have a little dry moss attached to them!

The concrete floors and bathroom plumbing were in, and we can begin to get a real sense of what our living space is going to look like.

On Monday, our tiler, Mickey Hehir (no relation of Pat’s) turned up to start on our bathrooms. Meanwhile, we went to get a quote on kitchen appliances …