John and I arrived back in Ireland on 20th December.  Betty was due to join us for Christmas the following day.  We were so looking forward to showing her how the work was progressing, 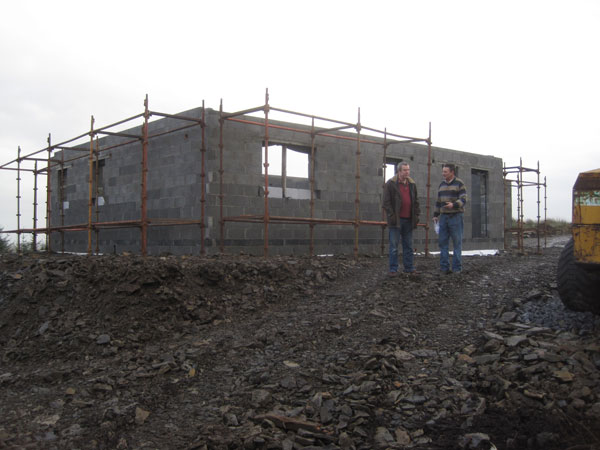 but it wasn’t to be.

Since our last visit, it had barely stopped snowing.  Temperatures of -10°C had been recorded in Dublin and it had been even colder in parts of Co. Clare.  Things were worse in London.  Following heavy snowfall, Heathrow closed its runways … and stayed closed.  Thousands of passengers were forced to sleep in the terminal buildings, while others were being told not to come to the airport.  Eventually, on Tuesday morning, we received a text from Aer Lingus, telling us that Betty’s flight was cancelled.  Though there was a slim cha 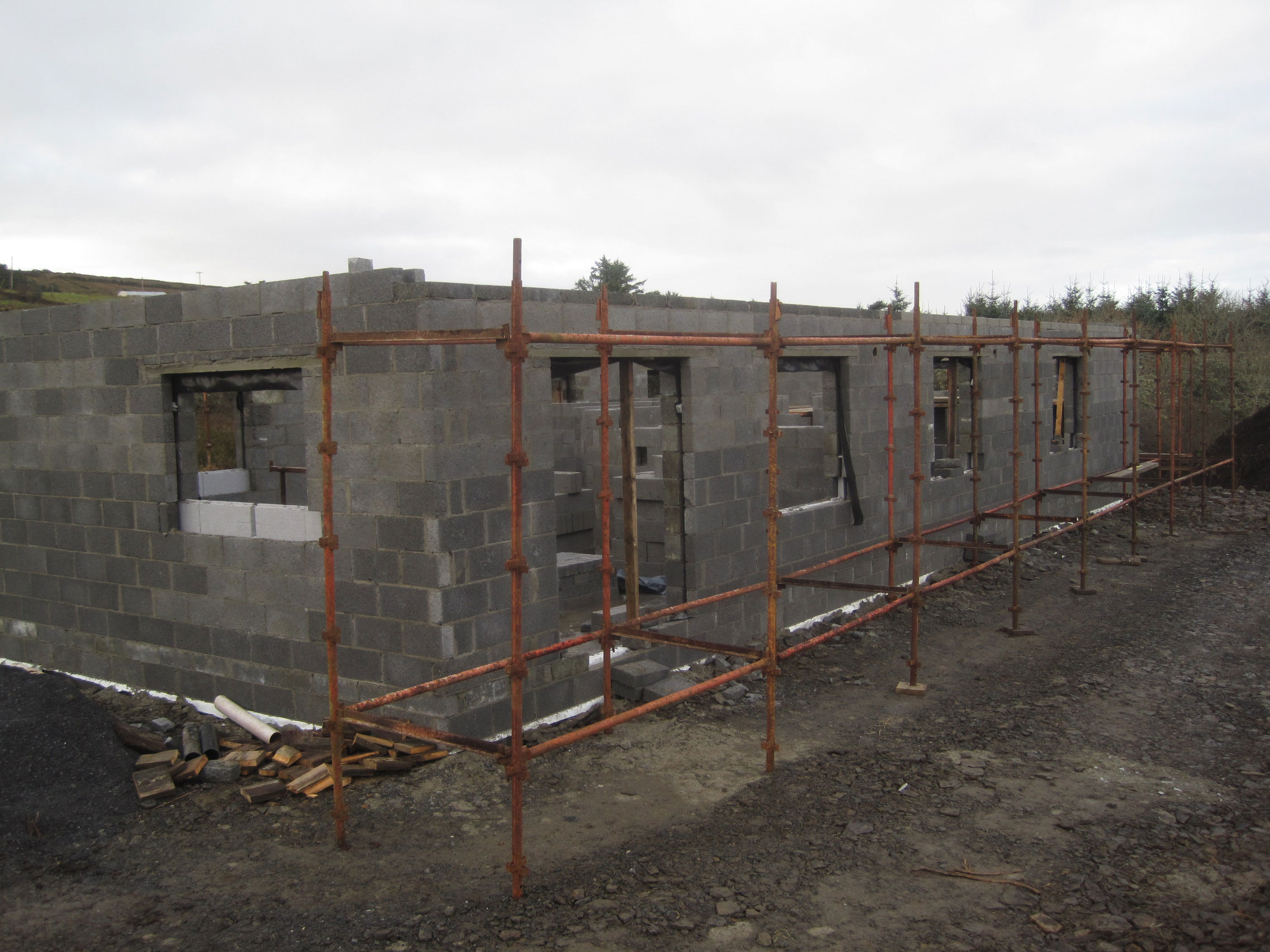 nce that she might get another on Christmas Eve, we felt it would be better all round to cancel completely and rebook when the weather was better in the Spring.

The ice and snow had also hampered work on the house.  Although the block layers seemed to have made great progress, what you see in these photos was achieved in just 8 days – before the weather became too cold for the mortar.

Nevertheless, John looks pretty happy, doesn’t he?  The external walls are up to wall-plate level and are only a couple of layers of blocks required to build up the interior walls to the same level. Notice how the previous block work is now below floor level. 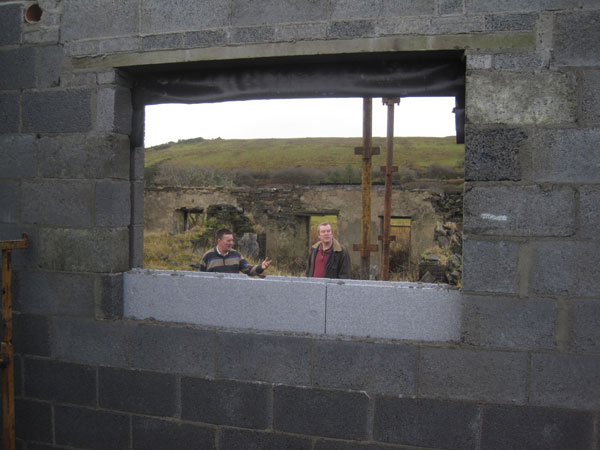 The gaps between the two skins of blocks will be filled with Styrofoam insulation boards as can be seen in this photo. The next stage will be to get the roof trusses up before building the gable ends. Once the block work is finished and the roof is on, work will not be so dependent on the weather.