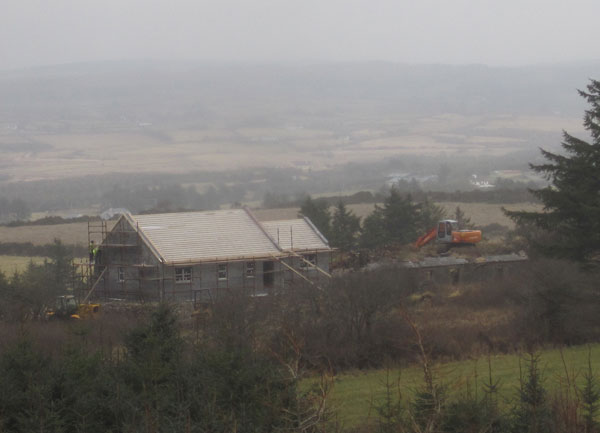 It seemed such a simple idea for me to ride the 1150GS as far as Birmingham on Friday, where we were to pick up a new trailer, then to hitch up the bike and ride the rest of the way to Co. Clare in the car.  The reality was a little more complicated and will be written up elsewhere. However, suffice to say, we eventually made it home at 5.30am on Sunday morning. We had been away for exactly 4 weeks.

We paused for a moment at the top of the road to look down on the new building. There had been a great deal of progress since we were last here and I have to confess to a little emotion seeing

our little house for the first time, with its roof and windows installed. (In fact, we learned later that the windows had all been installed this morning!)

Pat and John were working on the roof, putting up the wooden shuttering for the concrete barges*. It was about to rain, so we left them to get on while we sheltered inside. 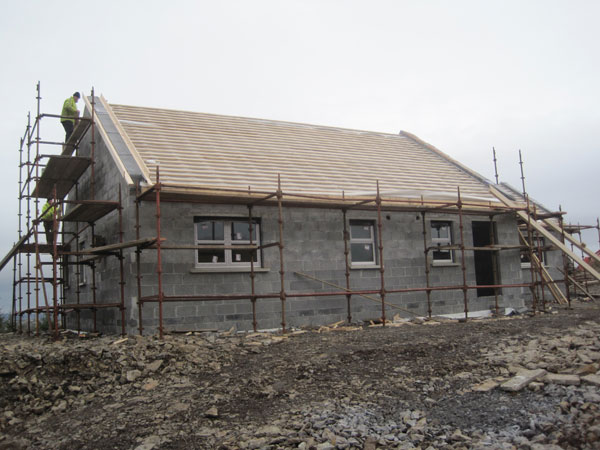 e chimney breast, it is easy for us now to imagine how the room will look when it is finished. The vaulted ceiling will have one or two “feature” roof trusses installed (dependent on cost) below the 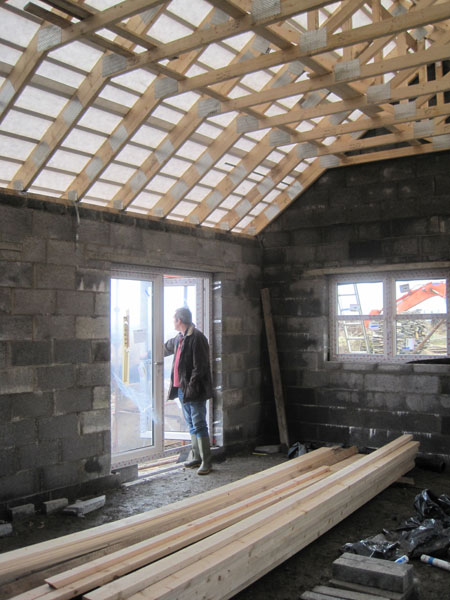 plasterboard. Apart from lending a bit of character to the otherwise modern cottage, the exposed beams will provide a convenient fixing point for John’s home cinema projector (… for the football. What were you thinking?!). The chimney breast itself will be faced with stones from the old building and the room will be heated by a multi-fuel stove. We still hope that we will be able to re-use the original flags from the old house for the floor. 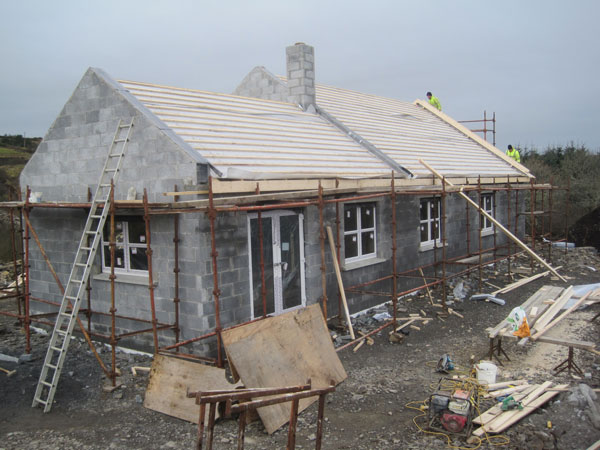 The weather has been kind to us, so once the roof barges are finished and the slates are on, the electrician and plumber can crack on with the first fix. We are now at the point where we have to decide on the design of our kitchen.

*Roof barge: a painted concrete extension of the gable that sits above the tiles – a common feature of traditional Irish cottages, particularly in the west.